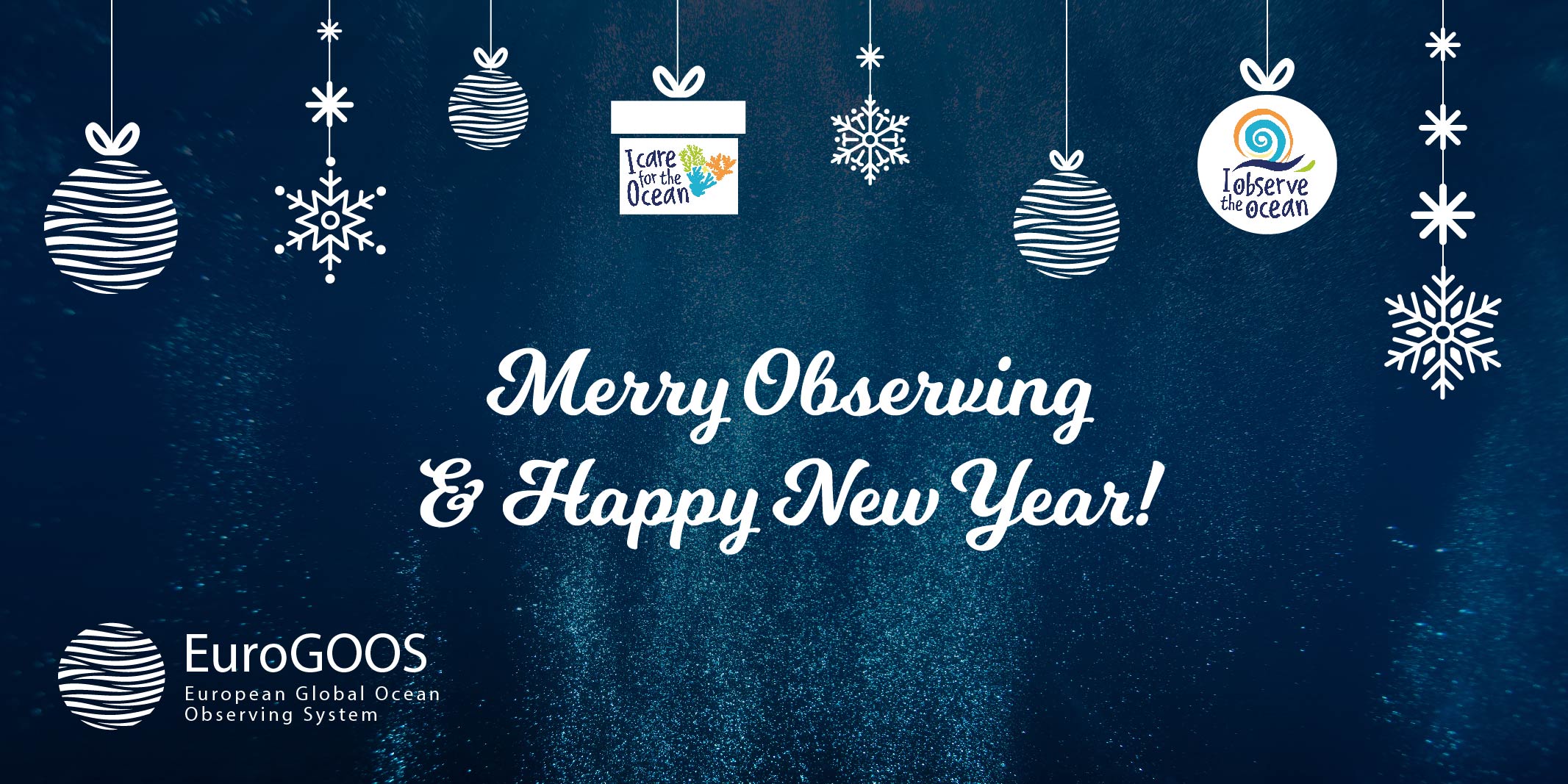 At the end of every year, we traditionally write a letter to all those interested in EuroGOOS and our valued members. As we are preparing for the year ahead, let’s take a moment to look back at 2022 – a major year for our community.

In 2022, the European ocean observing partnerships got stronger. Through our Task Teams, Working Groups, Regional Operational Oceanographic Systems, and the EU projects, EuroGOOS has helped bring the community closer together.

We held a successful EOOS Technology Forum in March, co-funded by the EuroSea and MINKE projects. Ocean research and observations are being transformed through disruptive technologies, such as big data or artificial intelligence. At the same time, observation technologies are becoming more affordable and the data volume increases. The 2022 EOOS Technology Forum Foresight Workshop, focusing on marine pollution, gave a platform for our broad community to discuss the challenges and opportunities ahead. The event was endorsed by the UN Ocean Decade.

We have also continued strengthening the delivery of data to European ocean services, working with the European Environmental Agency on cross-cutting coordination of Copernicus in situ data activities for regional, coastal, and Arctic marine observations. In partnership with the Copernicus Marine Service and EMODnet, we are constantly improving the definition of in situ requirements for the Copernicus services and the operational oceanography systems, as well as the availability of marine in situ data and the acknowledgement of data providers.

This year we kicked off our regular webinar series, with an episode on the UN Ocean Decade Collaborative Centre for Ocean Prediction, coordinated by our member Mercator Ocean International. EuroGOOS is leading the initiation of the regional team for the North-East Atlantic. The Centre is a major opportunity for global ocean modelling and forecasting communities of practices. More EuroGOOS webinars are planned in early 2023, including one on the launch of the new 5-year Strategy and Roadmap for Implementation for the European Ocean Observing System (EOOS) framework. Furthermore, EuroGOOS signed this year a memorandum of understanding with Mercator Ocean International to jointly enhance cooperation in the promotion of ocean observations and the development of EOOS.

The EuroGOOS Office and the Arctic ROOS organised a successful two-day online workshop, ‘Opportunities and challenges for in situ ocean observing in the Arctic’, in November. Attended by over 70 people, the event discussed in situ observing of the Arctic Ocean and sea ice, data management, infrastructure, and new technologies. You can join a new public mailing list to keep up to date with Arctic ROOS here. EuroGOOS Regional Systems, IBI ROOS, NOOS, BOOS, and MONGOOS have achieved significant advances, revamped their websites, and held successful Annual Meetings in 2022.

EuroGOOS has also been an active contributor to the European Maritime Day stakeholder conference in May (Ravenna, Italy), coordinating two workshops. The European Maritime Day is for us a great opportunity to tag up with a wide range of policy users of our work. We have also contributed to the All-Atlantic Ocean Research and Innovation Declaration which was signed by the European Union, Argentina, Brazil, Canada, Cabo Verde, Morocco, South Africa, and the United States. It gives a new strategic course for the trans-Atlantic partners to tackle the most pressing challenges the basin is facing, including climate change, biodiversity loss, pollution, ecosystem protection and restoration, and sustainable and inclusive ocean economies while contributing to the objectives of the European Green Deal.

In June 2022, world leaders and the ocean community met at the UN Ocean Conference in Lisbon. The EuroGOOS Office brought there a set of key messages from our community. We had an opportunity to voice them at the Conference plenary session on observations and at the official side event on Ocean Literacy, organised by UNESCO and the European Commission. Discover our inputs to the UN Ocean Conference here.

The EuroGOOS global activities continued with a strong support to the UN Ocean Decade. Our conference next year has been endorsed as an official UN Ocean Decade event. Titled, European operational oceanography for the ocean we want – addressing the UN Ocean Decade Challenges, the event will offer an opportunity to address all aspects of the ocean observing value chain. This international conference is a milestone for operational oceanography. The 2023 edition will be the 10th in the history of this triannual event. It will take place from 3 to 5 October 2023, hosted by EuroGOOS member Marine Institute in Galway, Ireland. Watch this space for the call for abstracts in January!

We have been closely working with the UN Ocean Decade programmes SciNMeet and CoastPredict. Our own Decade project Scientists for Ocean Literacy continued its work on the public engagement in science. The project was officially launched at the European Maritime Day 2022 in a joint workshop with UNESCO and has been featured at several stakeholder events since. Furthermore, together with French multi-agency infrastructure ILICO, we have developed a campaign to promote oceanographic professions and attract the next generation of ocean scientists. A series of stickers was designed that you can print out using this link.

The work of EuroGOOS, as the European Global Ocean Observing System, is built on invaluable commitments and contributions of our Task Teams, Working Groups, Regional Operational Oceanographic Systems, and related European projects. A tremendous thanks for our achievements in 2022 go to the EuroGOOS Member Organisations and delegates and our Board of Directors. Last but not least is to thank the dynamic team of the EuroGOOS Office which has increased with three new staff members this year.

Merry Observing and Happy New Year from all of us in EuroGOOS!

The post Merry Observing and Happy New Year from all of us in EuroGOOS! appeared first on EuroGOOS.